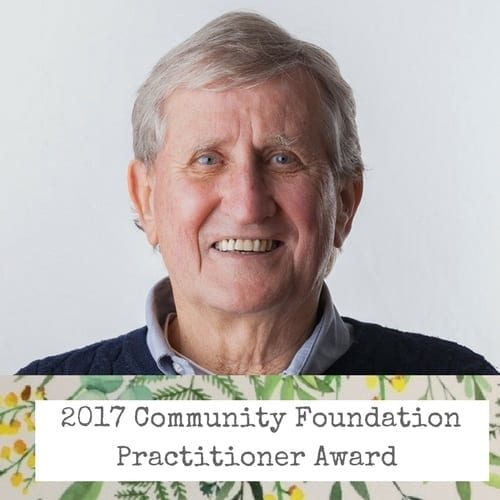 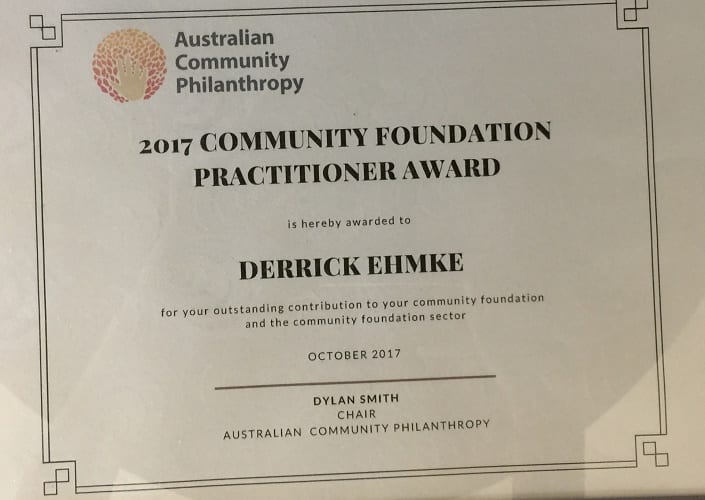 Derrick’s contribution to the conception, creation and establishment of the Mirboo North & District Community Foundation were indeed significant.  He was the Chair of the Board of the transitional organisation which decided to set up a community foundation to hold the proceeds of the sale of Mirboo North Community Care’s Aged Care Facility.  Thereafter he was the first Chair of the Board of our Community Foundation.

In 2011 Derrick took on the operational role of Executive officer, and was heavily involved in putting in place its governance, policy and legal structure; appointing wealth management advisors and creating the investment portfolio for the endowment; establishing a thriving annual community grants program and then in turn developing a strategic grants program.  On his retirement, Derrick left an organisation with strong foundations ready to take the next step in its development.

Even prior to his work with setting up our Community Foundation, Derrick’s commitment to his community was clear.  He had joined the voluntary Board of management of Mirboo North Community Care in 2001, which was responsible for the operation of the 80 bed aged care facility.

He was the vice-chair of the Board when it bravely decided it should be sold into private ownership, realising $5.8M for the community.  As Judy Speedy noted at our AGM last  year, Derrick had brought ‘considerable business experience, a wise head, maturity and a keen desire to contribute to the betterment of his community’.   It was a challenging time and initially it was not clear how to ensure that the proceeds of the sale could ‘contribute to the betterment of the community’.  As Chair of the Board of the transitional organisation, Derrick helped find the right vehicle and helped set up the Community Foundation for the benefit of our community as a whole.

Congratulations Derrick on a well-deserved award, and thank you for your contribution to the creation of our Community Foundation and the on-going well-being of our community. 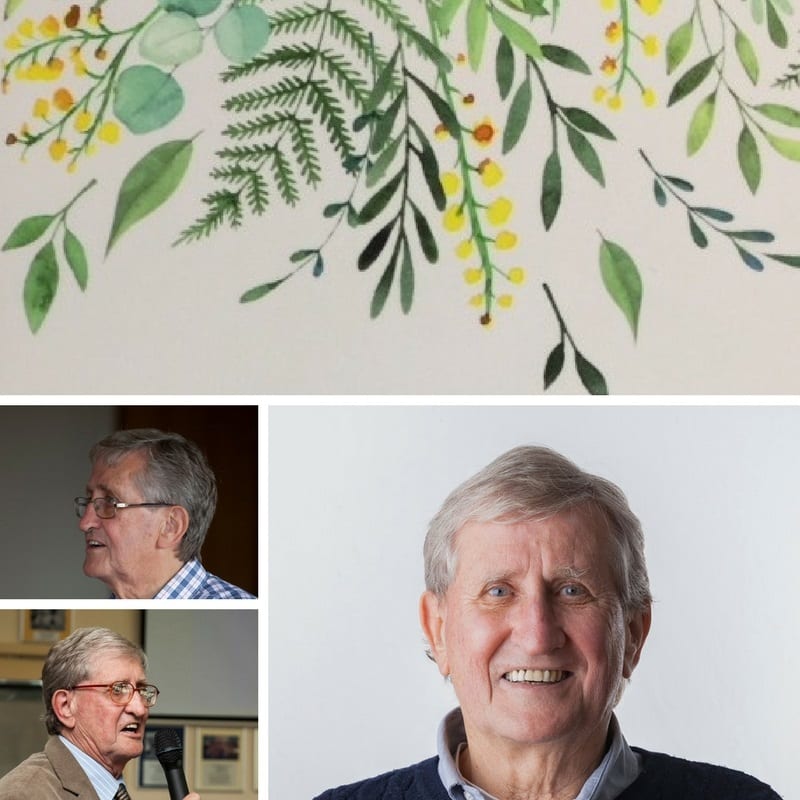