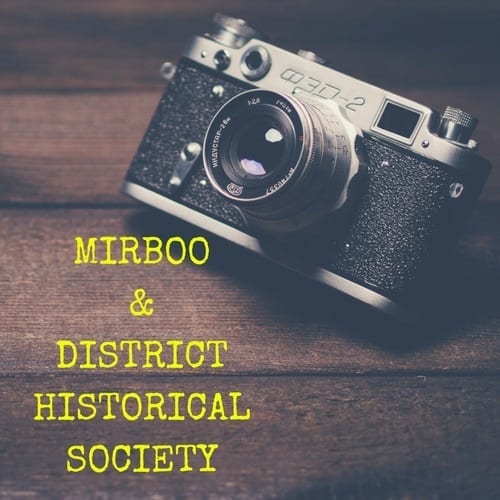 Last year was the 30th birthday of the Mirboo and District Historical Society, which was formed back in 1986.  It was formed the same way many other organisations have been formed in our district since then, through a public meeting!   In this case, it was the President of the then Mirboo Shire who called the meeting and who also made his room available to the Society for meetings.  After a move to the room behind the stage in the Shire Hall for a number of years, it was in 1994, after Shire amalgamation, when the upstairs rooms in the old Shire offices were no longer required, that the Historical Society found its current home. Over those thirty years, the Mirboo & District Historical Society has gathered a diverse collection of local history books, as well as newspaper articles on people, businesses, organisations, sporting clubs, activities and local events going back to its creation.  It is also custodian of minute books, files of former organisations in the district and local photos.

The first major project undertaken by the Mirboo & District Historical Society back in 1986 was the binding of old local newspapers into annual volumes.  This still continues now, a copy of the Mirboo North Times is received each week and at the end of the year they are bound (sponsored and acknowledged by donations) for future reference.    The Historical Society was also responsible for the informative historical signage on the south side of Ridgway, as well as the relocation and renovation of the old Police Lock-up to its original site. 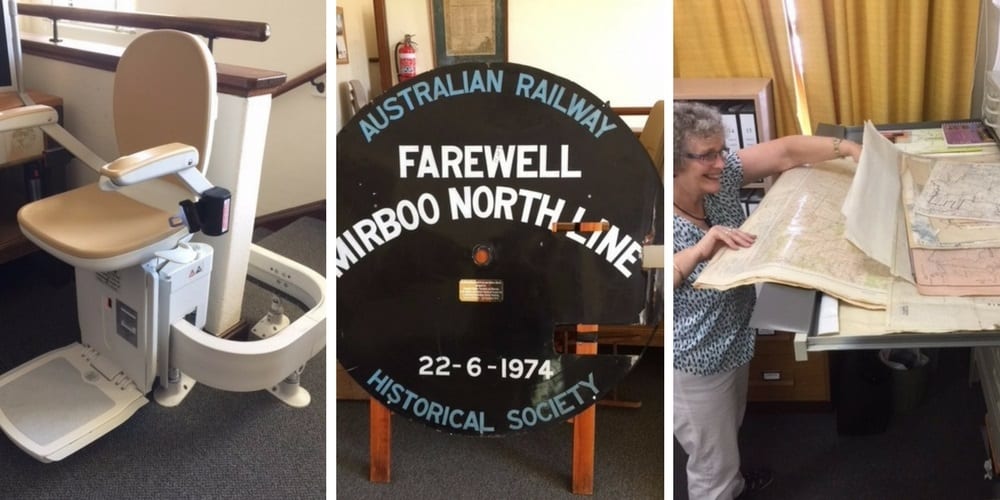 How does the Mirboo and District Historical Society share its wealth of historical knowledge?

In many more ways than you might think!  Whilst their holdings are not for loan, they are available for research in their rooms.  They have had visits from the Primary School, Secondary College and the Mirboo North Scout troop to carry out research.  Local people as well as visitors also call in to carry out research, often to find out more about their families or the district their ancestors settled.

The Historical Society also put their resources into creating displays of the historical information they hold.  A great example was the display which was prepared to celebrate the centenary of the railway station building at the end of 2016, which is now home to MN Playgroup (or you might have seen this displayed more recently in the library).  A similar display was put together for the centenary of the Post Office building.

The Historical Society also produces a much anticipated quarterly newsletter called ‘Baromi’, which is included in the Mirboo North Times as an insert, reaching hundreds of people in the area.  Resources are also used to print booklets on particular topics of interest, for example Street Names, the History of the Swimming Pool and a Cemetery Walk.

Finally the Historical Society also uses more modern forms of communication like social media very effectively.  Through posting photos they engage the community in some more recent historical research, establishing who is in photographs etc.  Or simply reminding people of how things were, making the district’s history accessible and real.

In addition, the FB page has also been an important point of contact for descendants of families who once lived in or around Mirboo North, who are keen to learn more. 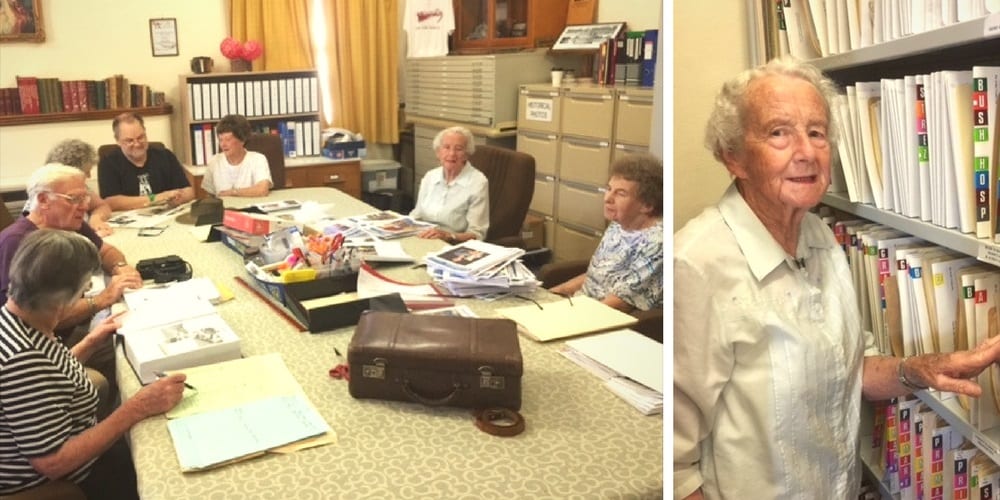 How do I find out more?

Please get in touch with the Historical Society through Facebook, phone or simply drop in on any Wednesday to our base in the rooms above the Mirboo North Times.  Our meetings are held on the first Wednesday of each month at 1:00pm (except January), and on every other Wednesday of the month we hold working bees.  Despite being upstairs in the old Shire Building, the rooms are accessible, with a stair-chair obtained with a grant from the Community Foundation a few years ago.  This stair chair is used every week and has made the rooms available to those who were finding the staircase too difficult.

New members are always welcome, as are enquiries to research particular information.

If you would like to learn more about us, please contact Geraldine, our secretary on: 0438 417 766
or send us an Email at: mirboohs@gmail.com