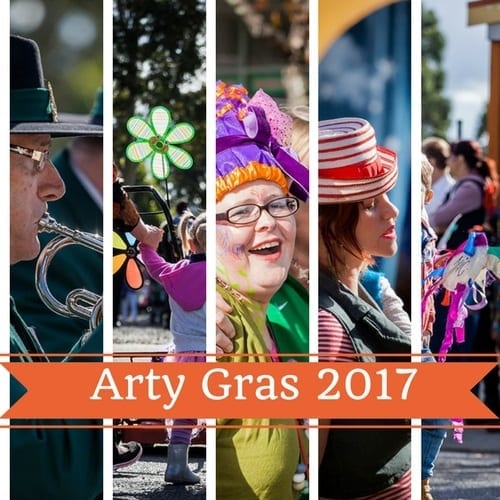 As I stand in the middle of town, I’m over-powered by the bright colours of the festival and the sweet aroma of the market’s food stalls. As I turn slowly, I see many people. Big, small, young and old, all happy, all having a good time. This is the wonder of the Arty Gras, a celebration of talent and life. Held by the community annually, I feel as if they only improve every year. And as if on cue the curtains rise, the lights dim and the show begins. And begin it does in a shower of bedazzlement, of course this opening spectacle is none other than the parade. 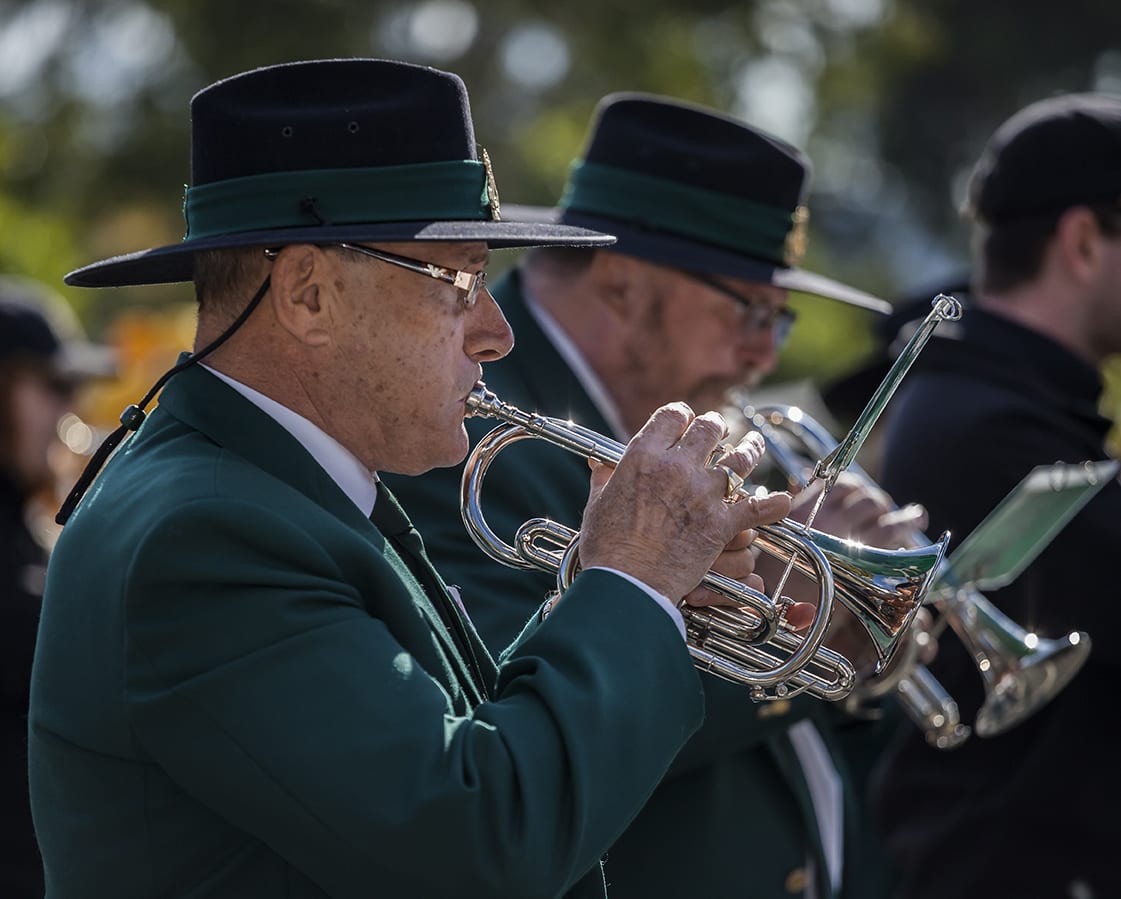 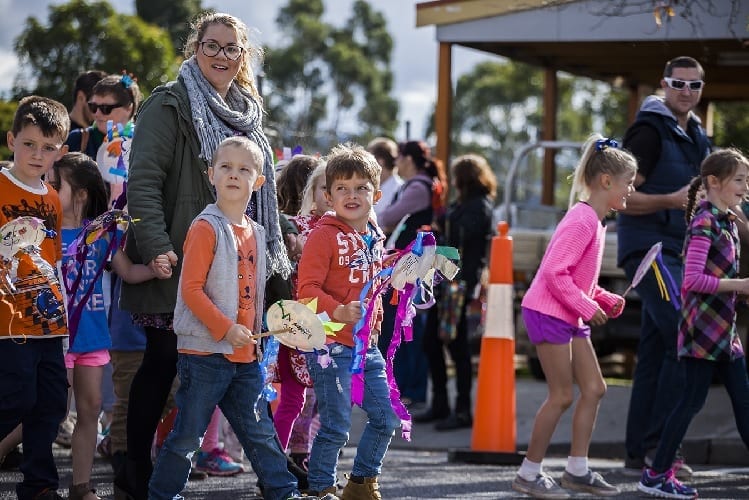 It starts boisterously with the appearance of a marching band, loud and joyful they set the good mood for what is to come.  They are proudly followed by the local businesses and community organisations such as Bendigo bank and Mirboo North Energy Hub.  The kindergartners and sporting clubs are an excited mass as they migrate along the road, the netballers and soccer players standing out in there purple and green.  A noisy bunch follows, the self-proclaimed “Mums on Mowers” provided a comedic tinge to the affair with vibrant décor and high spirits as their ride-on-mowers puttered down Main Street, decked up in all manner of humorous things.  Tailing right behind is a show of community achievement, the Mirboo North Fire Brigade, in their familiar bright red fire engines, who serve us year after year.  And for the coup de grace, a nostalgic glimpse of the past as three old and (presumably) valuable cars are pulled out of their sheds for all of the town to marvel at.  These cars were also carrying precious cargo: some residents of Mirboo North’s Aged Care facility, out to join in the celebrations. 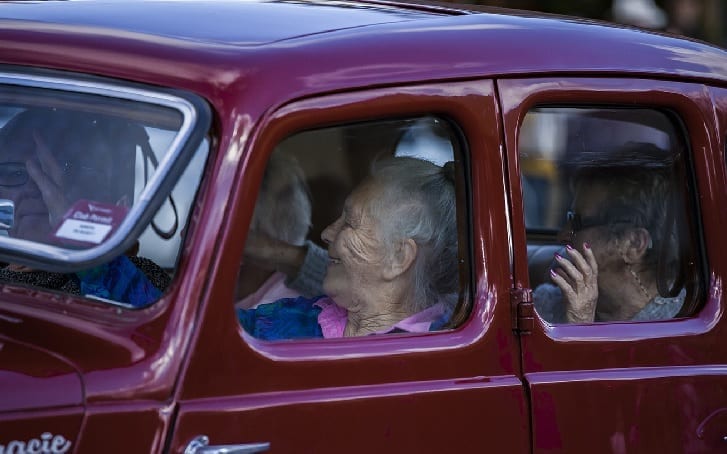 As one thing ends, another may begin.  True to the saying, once the parade had its time in the lime light, the market enthusiastically leaped up onto stage.  A beautiful blend of music, activities and stalls, I was swept up into it.  The numbers of people was high to say the least of it.  A welcome sight to the numerous vendors, many of which enticing the crowds with their food as the rich, warm aromas wafted across to them.  Those not selling meals were not left out, for the diversity of the products from old cameras to prayer drums had lured many a customer.  Many entertaining (and free) activities were spread throughout the market for the little ones to enjoy, including the Magic Theatre’s Circus Confabularium, the Papermoon Photo Booth and activities run by the local lions club and scouts. 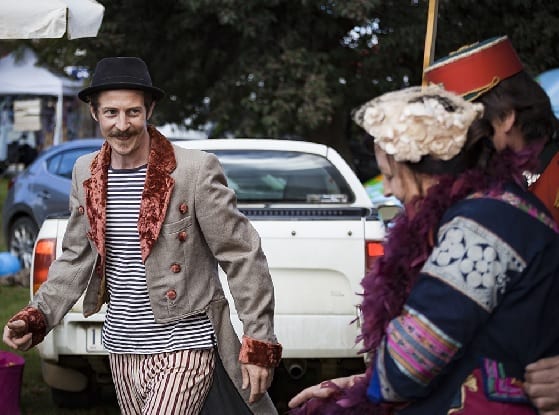 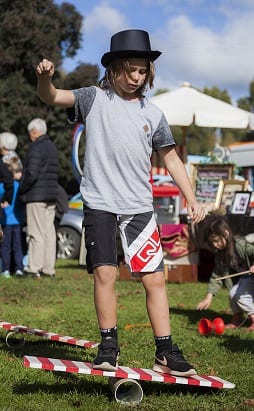 One of the many benefits of the Arty Gras is that it brings in more revenue for the local businesses. “We experience an increase in non-regular customers, and because we’re a speciality shop that sells different items, when people are done in the market, they come to us” said Ned Dennis, Wrens Nest

And when questioned on how they benefited, another replied “all the people means we get busy, busy, busy!”-Cara Mahoney, waitress at Tamaralyns

To summarise, a wonderful tradition, for a wonderful little town, and every year only getting all the greater.

Reported and recounted by Liam Williams