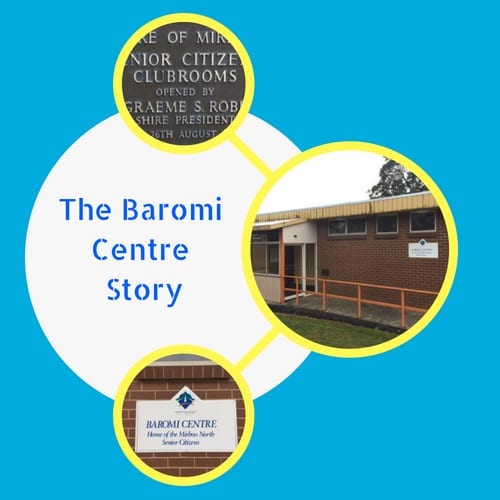 Margaret Peters, member of the Community Foundation and Secretary of the Mirboo North Senior Citizens Centre Inc gives us the background.

The building now known as the Baromi Centre was built and opened in 1977. From its opening it has been a Shire property: initially the Mirboo Shire and since amalgamation, the South Gippsland Shire, but it rests on what is Crown land. The building was renamed Baromi Centre more recently in recognition of where it is sited.

From the start, the use of the building was dedicated to the community’s senior citizens who were at least 55 years old.   The Mirboo North Senior Citizens predated the building, coming into being in 1973 and arose from a group of older community members who started meeting at the RSL Hall in 1968. With the opening of the Baromi Centre in 1977, its management and maintenance became the responsibility of the Senior Citizens Club in relationship with the Shire Council. 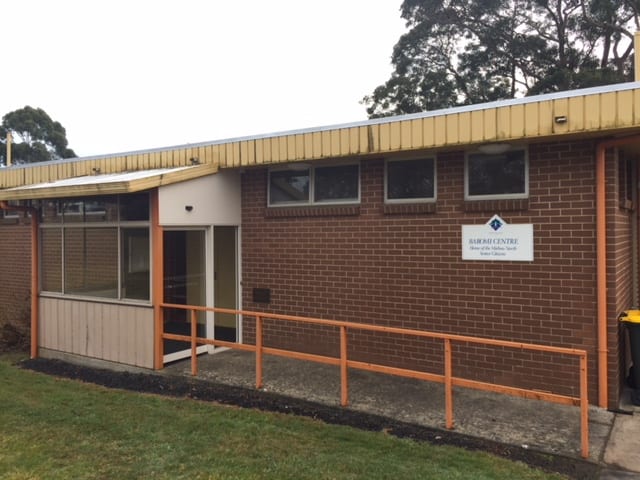 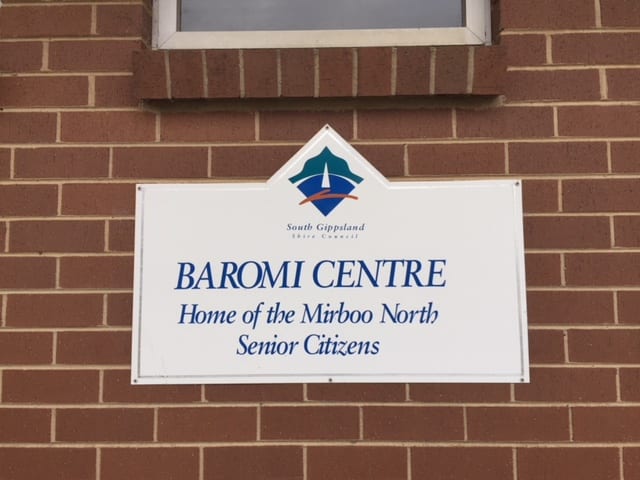 The philosophy of the Mirboo North Senior Citizens, which has dictated the activity program from the beginning, is enhancing the well-being of seniors. Over the decades the means to achieve this have varied, according to the wants and needs of the members, but the membership fee of $5 has hardly altered.

Early on playing cards and board games were popular group activities, while these days the focus is more on exercise programmes, supported by sponsorship from the Mirboo North & District Community Bank.   Then as now, there were outings plus at least a monthly lunch and information dissemination on issues relevant to seniors. For many years there has been a monthly trip on the Community Bus to the Latrobe Valley available to the members. Through the years, all activities have been coordinated by volunteer members, giving their time and energy to the community.

The Baromi Centre was built according to the standards of the day, but over recent years the Senior Citizens committee has sought to update the facility, beyond getting it repainted from time to time.  A number of improvements have come after being identified by the committee and discussion with SGSC: one of which was the installation of the electronic door onto the entrance lobby giving a weather proof area for parking mobility aids, another was installation of better heating units in the main hall. There had been two reverse cycle units funded by the Senior Citizens committee some years before but they were proving ineffective. The new units proved to be high consumers of electricity and prone to being left on. This led to the committee having them converted to timer operated.  Other improvements included the acquisition of the miniSKAFF, funded by a grant from the Mirboo North Times, which was needed to change light globes in the very high ceiling; stage curtains were installed then a little later, curtains were installed on the north windows all funded by the Senior Citizens. Over the years the committee has routinely invested in improvements either entirely or to supplement grants or being supported by volunteers.

Post the fires of 2009, funds were made available for community organizations and the enlargement of the Baromi Centre’s kitchen was a project identified for funding. To ensure we were on the correct pathway, a five year development plan was drawn up to help achieve the requirements of an updated/enlarged kitchen and other needs for the Centre. Among the additional needs identified, was the lack of an accessible toilet which was then rectified by SGSC through conversion of a store room.

More recently the Senior Citizens committee decided there was a need to improve the audio visual facilities at the Baromi Centre. In this project, the Mirboo North & District Community Foundation has greatly assisted us. The first step was to improve the audio system, so that everyone in the large main room can hear the speakers or actors performing etc. More recently with a grant from the Community Foundation and the Shire, we installed an electronic screen and overhead projector. This latter project was undertaken and invested in, knowing we would probably be relinquishing the lease but the provision of these would give the community as well as the MN Senior Citizens access to a well-equipped facility.

Whilst the Baromi Centre will continue to be the home of the Mirboo North Senior Citizens group and its actvities, from 1st of July it will be Mirboo Country Development Inc who shall manage and maintain this community facility. For any queries, please contact Heather on 0458 678 869. 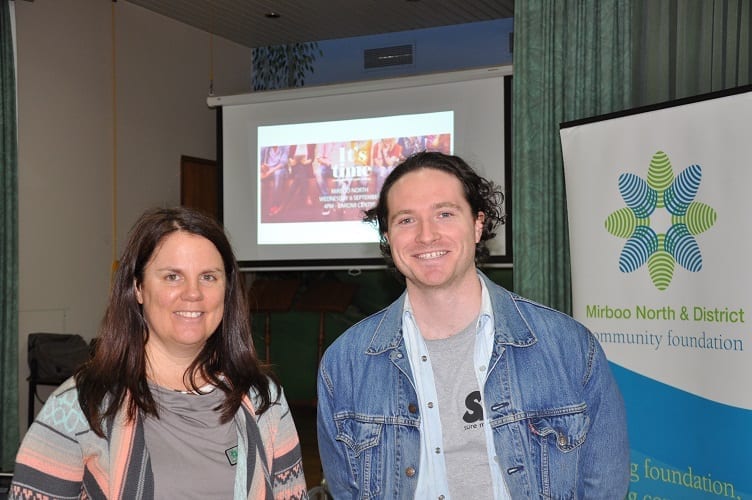