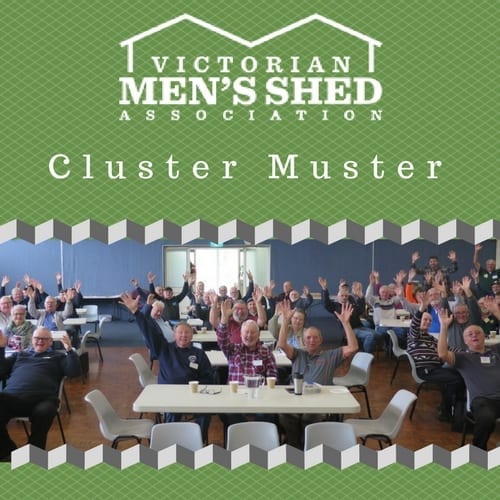 A very successful Men’s Shed event was held at Lang Lang Memorial Hall on Tuesday 17 April, which saw almost 100 shedders, partners and community members come together to discuss health and wellbeing. The day was promoted as “Looking after self, looking after you mates and laughter”.

The first topic was led by Alain from Equip4Life, who talked engagingly on health and being active. He dispelled some myths and quizzed attendees on healthy fats, sugar content in different foods and what was actually ‘good’ for you. The post conference survey showed that 93% found this session extremely useful. 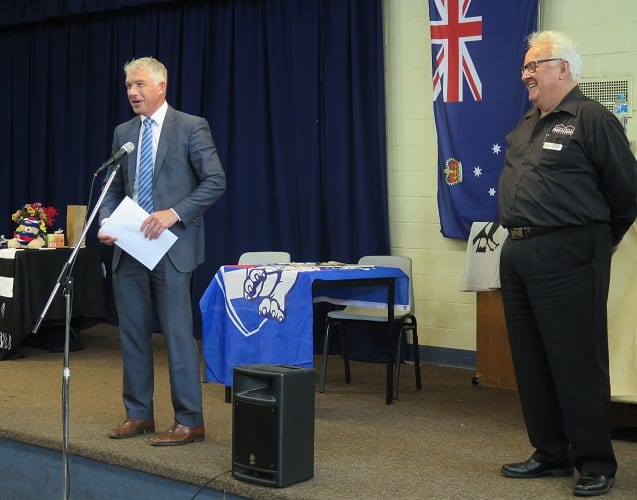 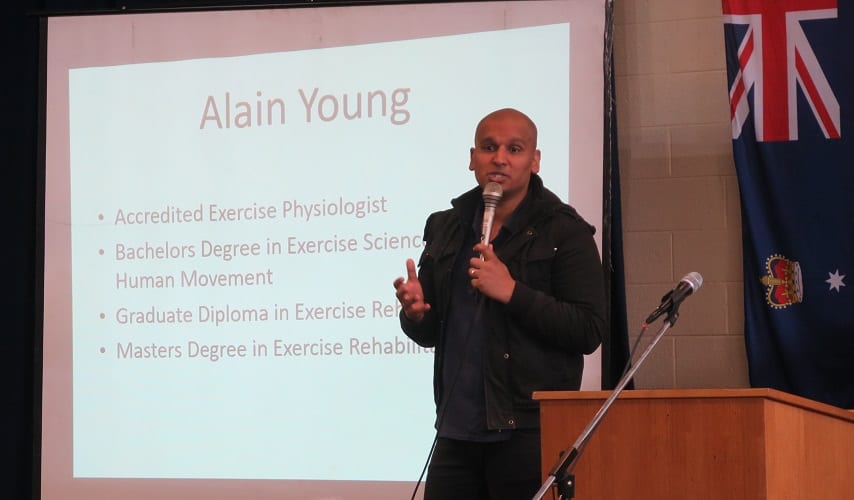 After a delicious roast lunch, the group sat back and watched the performance of a play, entitled “Out of the Blue”, which dealt with the ‘dark’ subject of suicide, as discussed between mates in a rural country pub setting.

The panel discussion after the play followed up on many questions and stories raised by members of the audience. It was humbling to see how many were willing to speak from the heart and to share their stories and their concerns – and their successes.

Alan McNamara, member of Mirboo North’s Community Shed, commented ‘I was blown away by the play. The topic was pretty heavy, but it was very interesting how the plot unfolded and the characters spoke about it.  Afterwards the room was really engaged in talking about the issues involved.’ 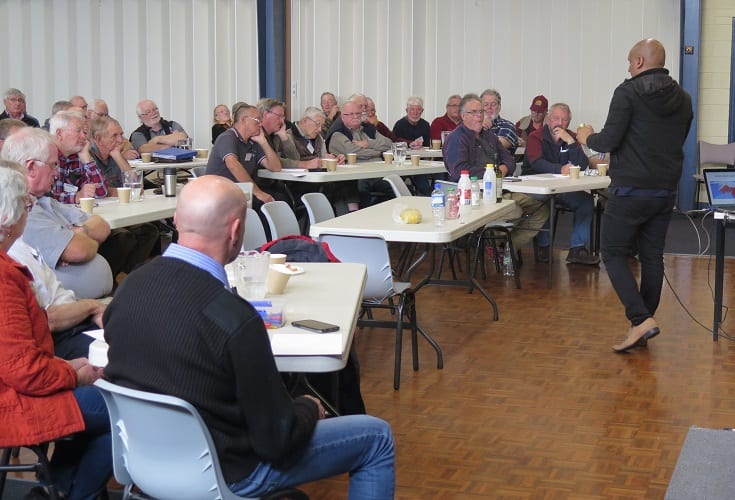 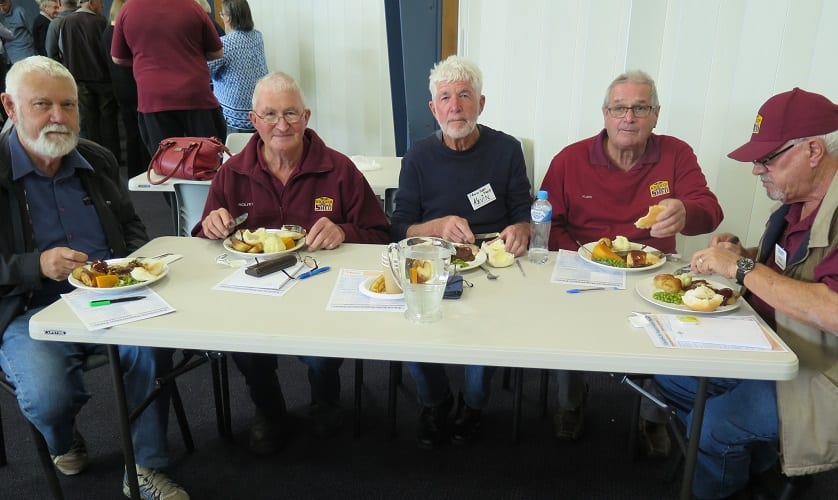 The day ended with the comedian Pete Rowsthorn, speaking about health and well-being issues in a humorous way, finishing off the day on a light note.

All in all, a really well received day, highlighting how the lighter touch and more entertaining focus can reinforce positive messages around topics not often discussed.

The Victorian Men’s Shed Association supports Men’s Sheds across Victoria with training and resources particularly in the areas of governance, OH&S and health. In practice this includes groups of Men’s Sheds getting together in what is called a ‘Cluster Muster’ to access these resources in a fun and engaging format.